The Little Danube meanders freely, with its bends only formed by the river´s own sediments carried through its channel, into which the river is unable to cut given the tectonic settling in the area.

Formation and development of meanders

Meanders are created by side erosion in waterways and the deposition of materials. The force of the water against one of the banks of a waterway creates an undercut slope and a slip-off slope on the opposite banks of the river. The undercut slope loses material to erosion caused by the force of the water with these river sediments then deposited on the slip-off slope. The meander gradually increases in size thanks to this side erosion and it moves against the current. Eventually, meander spurs shrink and meander necks narrow, choking the meander off. The current, in particular during flooding, cuts through the mender neck, thereby shortening its path. This results in an abandoned meander. Solitary hills, or cut- offs, remain from meander spurs that are cut off when a meander closes. Abandoned meanders are a relatively common occurrence around the Danube and the Little Danube. They turn into ox-bow lakes as the water stops flowing through them. These ox-bow lakes most commonly have a crescent shape.

They turn into ox-bow lakes as the water stops flowing through them. These ox-bow lakes most commonly have a crescent shape. Ox-bow lakes are initially kept alive by water from the river that seeps in through the sediment. They become overgrown with water plants and fill with clay sludge from the decomposition of plant and animal residues. Eventually they are transformed into swamps, a damp meadow or even dry land. The strip of land in which a waterway meanders and that has abandoned meanders and ox-bow lakes is called the meander zone. 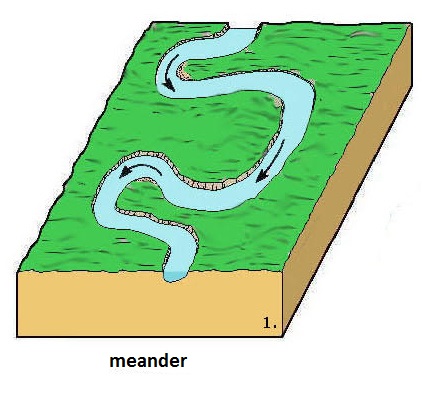 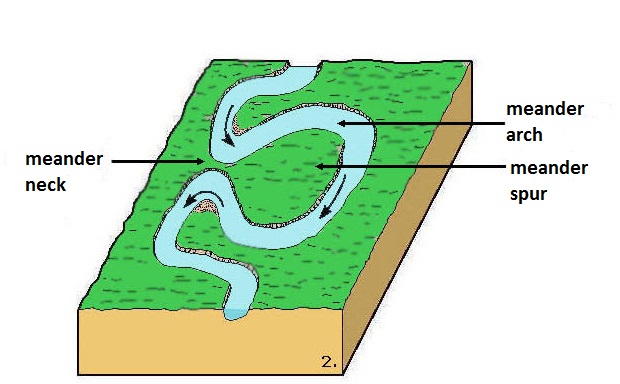 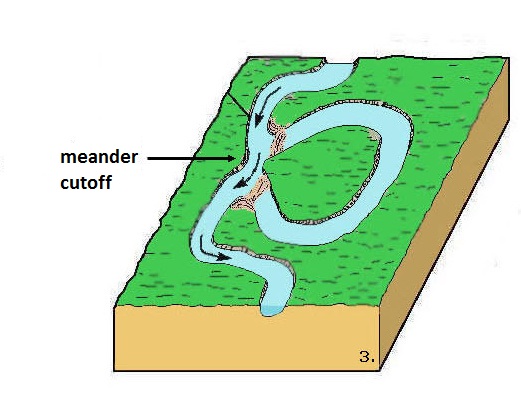 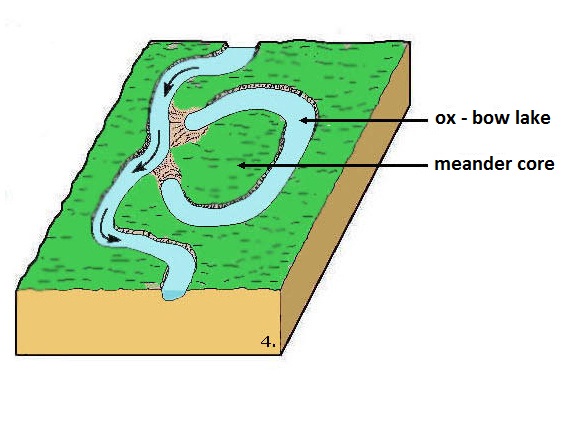