The earliest written records of wood rafting date back to the 11th century, flourishing as the mountain regions were settled and woodcutting developed into a trade.  At the time the Váh River was the only suitable and safe route for the settlements of North Slovakia.

The river often meanders as it flows through a deep water gap, with both imagined and real perils among the unspoiled nature of the Malá Fatra Mountains. Enthroned by two castles, this was the section most enjoyed, but also most feared. Rafts floating out of Liptov and circumventing the Margita and Besná cliffs could continue without trouble all the way to the Danube and further on to the Black Sea. Wood rafts were the most important means of transporting freight and passengers until the late 19th and early 20th century, when they began to be replaced by railways that could carry goods cheaper.

Wood rafting had its own guild and the rafters (those crewing the rafts) had their own internal hierarchy. The most important man was the factor, or main rafter who led the other men in the raft. He handled the finances and contracting. The bowsman (predník) guided the raft and was the most capable and experienced rafter while the steersman (zadník) stood at the rear of the raft and would be either a less experienced rafter or beginner. A distinct culture developed as they worked the rafts, characterized by its own sound and verbal artistry such as rafting songs and sounds.

These floating means of transport were simple and had no hull, with the rafts originally made from wood, logs, beams or boards. By the turn of the 20th century, lumber and various raw materials were being transported on rafts along most of Slovakia’s rivers and traded internally, or even along the Danube or the Dunajec in northeastern Slovakia to the borders of what was then the Kingdom of Hungary.

Different types of rafts were used, depending on the nature of the river, the wood used to build the raft as well as how the raft was steered and the river current. The most primitive type of raft was the plťka, made of 6-8 short wood beams latched together. It could be sufficiently controlled by a single rafter and this type of rafts was prevalent especially on the Hron and tributaries of the Upper Váh and Orava. Such simple rafts included a koza (goat), which was made of 10-15 beams latched together and guided by one or at most two raftsmen, and a jedinka, a raft made of 12-16 pieces of wood nailed together which carried timber, lumber and other goods and was always guided by two rafters.

The most sophisticated rafts were those made from a square or rectangular raft lashed between two rafts themselves composed of two rafts joined together. Such rafts had to be guided by two or even several rafters. They would be commonly found plying the Váh, Hron and the lower reaches of the Orava. The largest raft used in Slovakia was the cúg, derived from the German word Zug or train, where two (or even three) combined rafts would be lashed to each other. They were used only in the lower part of the Váh River and would be fitted at the raft port in Komárno, at the mouth of the Váh, to float downriver to the Lower Danube. These type rafts would be guided by seven rafters and two alternates. 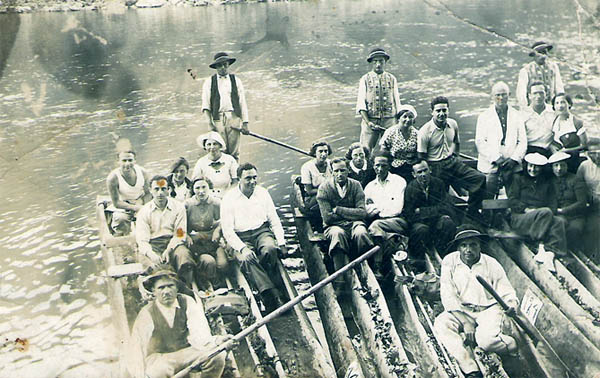 Restoration of this traditional means of transport lets visitors become acquainted with the incredible number of cultural, historical, natural and technical attractions. Rafting this section of the river provides, along with expert commentary from the men guiding the rafts themselves. 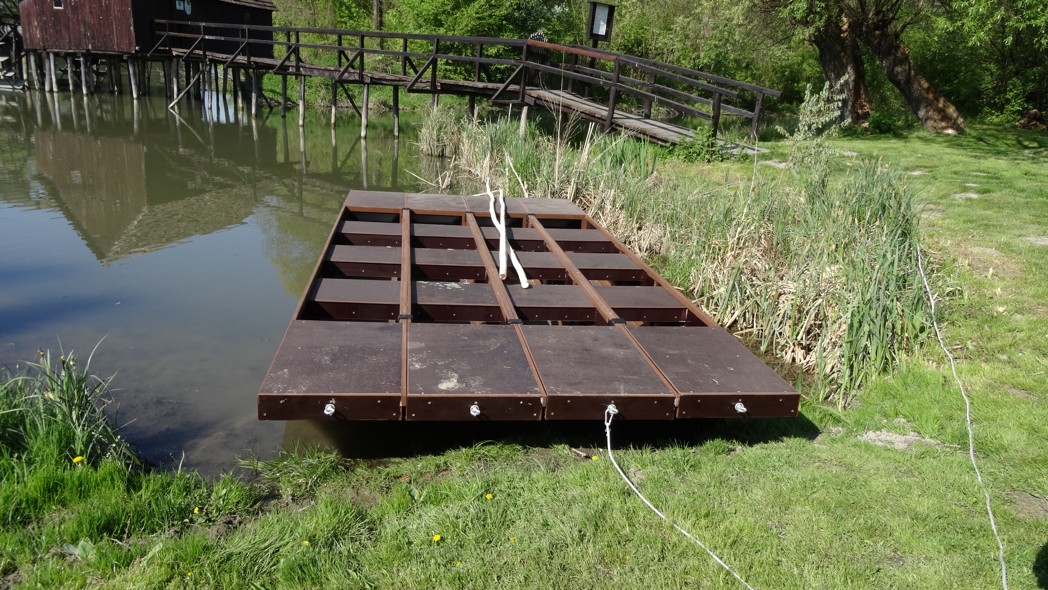